The Winter Break is almost over! For those who missed out, this is what happened over our three day Blue Mountains Road Trip!

After an early start on Monday morning, our convoy of 6 cars got on the road for a two hour drive to the Leura Cascades. It was a good morning for some long exposures of the falls. 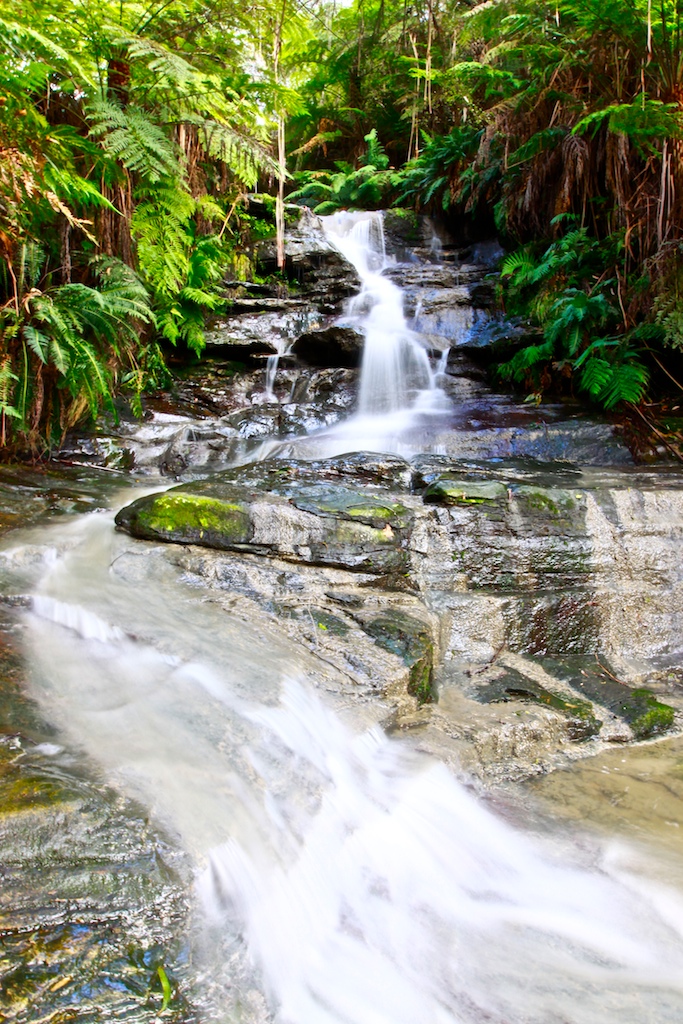 The members were also treated to a lesson (learned the hard way) by an exec who had a mishap and slipped on the rocks. He and his camera survived with a bruised ego.

After the Cascades, it was just a couple of minutes drive to our next stop,  Scenic World which as you would expect, was scenic. 😉

We were treated to the sights riding on cable cars and lifts. It was a treat for the landscape photographers amongst us. Even those who didn’t fancy landscapes couldn’t resist!

The Three Sisters and Orphan Rock by Adam A.R.

After fooling around a bit and a quick lunch it was off to Echo Point for a closer look at the Three sisters.

After a long day of photography, we visited the Blue Mountains Chocolate factory to wind down with hot chocolate and other sugary treats!

After checking in for the night and noticing we had a kitchen, the chefs amongst us got to work.

While the musicians attempted to entertain..

Until dinner was ready!

And the Zig Zag Railway and Wentworth Falls were our last stops on day 3 of our trip before making our way back to Sydney with sore shutter fingers.

All in all a successful, and of course more importantly fun roadtrip!